We Build The Kingdom 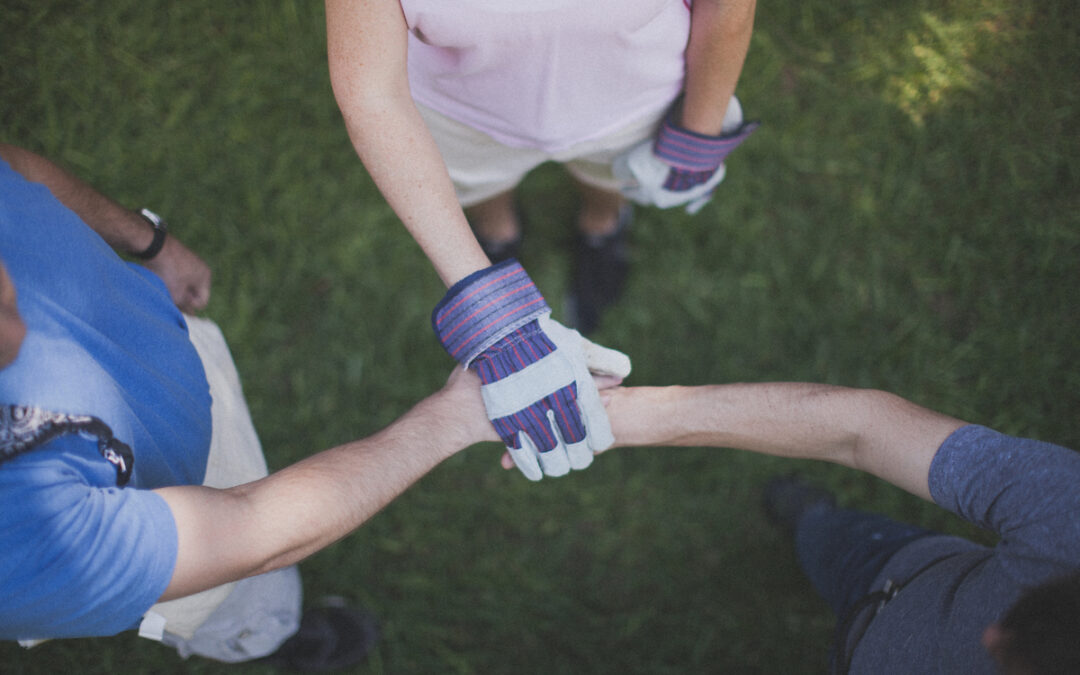 Mary sang, in the great song that she’s credited with:

God has performed mighty deeds with his arm;

God has scattered those who are proud in their inmost thoughts.

God has brought down rulers from their thrones

but has lifted up the humble.

God has filled the hungry with good things

but has sent the rich away empty.

The back and forth structure of that reminds me of a similar passage of contrasts, from Ecclesiastes 3:

For everything there is a season, and a time for every matter under heaven:

a time to be born, and a time to die;

a time to kill, and a time to heal;

That, I think, is what Christmas is all about: a revolutionary time, a time for breaking down the old ways of being and building up a life centered on the Christ who comes to make a home with us.

From the first few pages of the Bible, we’ve been telling a story of home. It starts in a garden, a paradise, which lasts for a page and a half before Adam and Eve rebel and the exile begins.

From there, we have stories of refugees like Noah and wanderers like Abraham. We have an extended story of a people given a hope for a homeland, and conjoined hope that in this land they will be able to provide a home for their God.

It looks arcane to us, all these details about how the land was allocated between the tribes, and how the temple was fitted with embroidered curtains and washing basins and wick trimmers, but it all pointed toward that one hope: that God would come to dwell among God’s people, forever.

There are two truths we can take from this narrative arc, this morning, both of which are braided right into the Christmas story: home comes to us, and it doesn’t come easy.

Jerusalem was destroyed, and her people were sent away into captivity in Babylon. There, they told the stories of their homeland’s glory: the temple, and people who were taught the law in holy community, and the proud city walls.

And then, for the next generation, the exile was ended and the prisoners were allowed to return to Jerusalem. Not all of them did, of course, but the Bible gives us some stories of the returning exiles who were charged with rebuilding life from the rubble of destruction.

The hard thing about coming home from exile, of course, is how much you build up the Promised Land in your own mind.

While you are away in captivity, you’re apt to dream of home in a way that becomes unrealistic- worship in the temple was perfect, and the setting was glorious, and the walls of the city were strong and tall, and the people lived together in perfect harmony.

But then you get the chance to actually go home, and it turns out that the return from the exile isn’t everything you had hoped for. Everything has been destroyed, and rebuilding is hard, hard work.

Nehemiah was the guy who supervised the process of rebuilding the wall, and in chapter 4 he describes the ridicule that they faced:

“What are those feeble Jews doing? Will they restore their wall? Will they offer sacrifices? Will they finish in a day? Can they bring the stones back to life from those heaps of rubble—burned as they are?”

Here’s a more pointed way of framing the question that the returning exiles faced: how can you possibly believe that God will come to live here again?

You’re back from the exile, back in your precious promised land, but it’s all just a wasteland. All the glory is gone. Sure, you’re back, but is your God back?

Or are you just as alone here as you felt in Babylon? Are you laboring in vain?

Nehemiah and his team pushed on, in the face of both verbal attacks and physical threats. And in the part of the story that I took those questions from, the wall was rebuilt to half its height because, we read, the people had a heart to work.

It doesn’t come easy. It’s work, hard work, to build anything out of rubble that comes close to matching what you were dreaming of. It takes longer than it seems like it should take. But: the people had a heart to work.

You’ll wear out set or two of work gloves on this vision of God’s kingdom. I’m coming to believe that work gloves, just as much as the manger and the cross, ought to be symbols of the Church: set in stained glass and celebrated in iconography.

It’s work, that we’re called to, but it’s blessed work and doing the work blesses us.

It turns out that one of the most powerful ways we come to know the presence of the Craftsman God who made all this wonder is by co-laboring with God, by choosing to be part of the work of rebuilding the kingdom. When we engage the work with all our hearts, we find the whole Divine heart of God there with us, working too, re-creating the world.

It doesn’t come easy, but home comes to us. It’s work, and it’s blessed.

I find that every year, I love something different about Mary. This year, it’s her willingness to do the work.

400-some years after Nehemiah and the return from the exile, Mary’s faithful choice to bear the Messiah into the world was located in the context of the Roman empire… a place where people like Joseph and Mary bore the brunt of the Empire’s increasing demands for resources and labor.

It would have been more reasonable, for sure, for Mary to say no to the angel. Why should she take on this task? Is this the only way that the kingdom can be built?

Maybe we should go down to the synagogue and appoint a Messiah-bearing committee. That way, one person doesn’t get stuck with all the work, right?

Mary puts her hand to the Gospel plow, just like Nehemiah and countless others did before her. There’s work to be done, and she doesn’t shy away from it. And look at the difference it made!

And there, in the middle of the work, is where we find Emmanuel. That’s God’s answer to the exile, to loneliness, to all the ways we become separate and broken and far from home.

It’s not to stow us away in a perfect unchanging garden somewhere, like the kingdom of God is an eternal vacation. It’s to come and be with us, our Emmanuel, guiding and empowering us as we do our part of the work to repair the world.

That’s Christmas Hope: not that we’re going to get the glory of the old kingdom back, but that something new is coming, something that will bring an end to the exile we’ve been living in. It’s not that we’re going to get to go home to the home that we remember, but that Home is coming for us in a way that we couldn’t have imagined. The vision isn’t of a clock turned back, but of a kingdom restored.

Something new is coming, and God is going to use our hands and our hearts and our willingness to say yes to build it.