The Season of Walking and Waiting 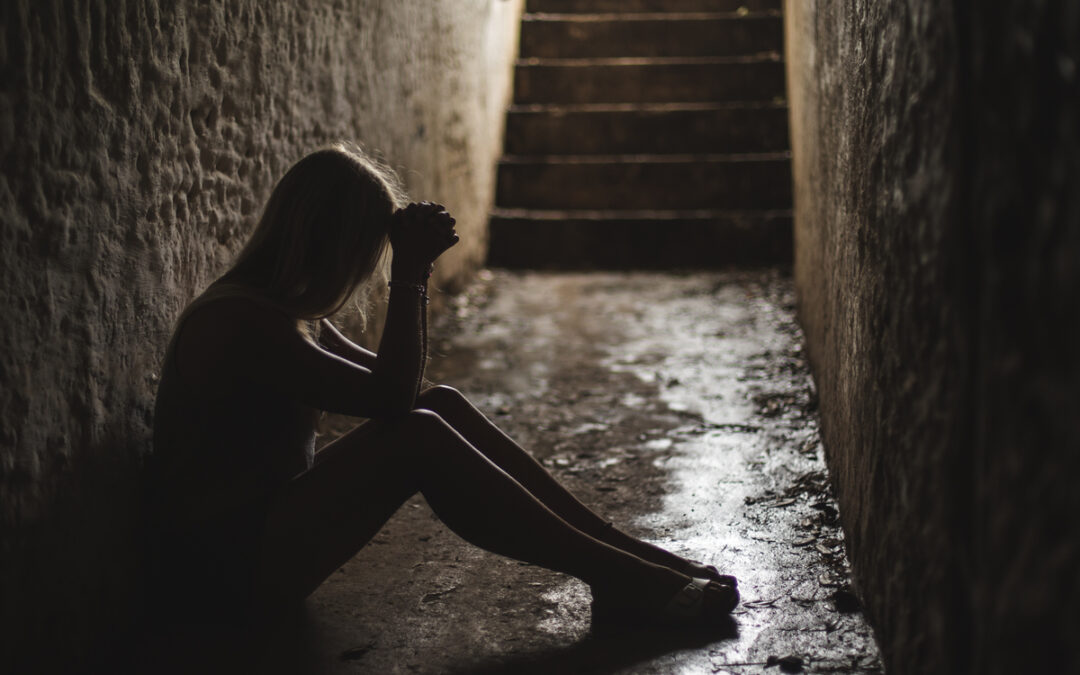 In 587 BC or thereabouts, depending on how you number the years of certain kings’ reigns in various chronicles, the second siege of Jerusalem by the Babylonian army was successful.

The first siege was also successful, although incomplete in destructive force. Nebuchadnezzar overtook the city, took the king prisoner, and installed a king more to his own liking on the throne. He exacted a heavy tribute, but then headed back home to Babylon.

But the second siege, the one in 587 BC or thereabouts, that one was total destruction. The account Craig read from 2 Kings lines up pretty well with the version of the story in the Nebuchadnezzar portion of the Babylonian Chronicle.

The city was under siege for more than a year, and horrible things happen when you lock people up without resources for that long. The Bible gives us reports of cannibalism, among other things. The city stood for as long as it could, but then, it fell.

King Nebuchadnezzar was so invested in the devastation of the city, this time around, that he sent back the commander of the imperial guard to set fire to the temple and to every other important building. They tore down the walls of the city, meaning that it could no longer possibly be defended. They carted away the sacred items from the temple; large items of bronze too heavy to be weighed, and sprinkling bowls of gold and silver, and everything valuable down to the shovels and the wick trimmers.

It’s the details like the wick trimmers that gets me. I have a hard time imagining something like the Bronze Sea: a maybe seven foot tall and fourteen foot wide basin made of bronze. It stood in the temple for the priests to wash in, sitting on the backs of twelve statues of oxen. It was on a pedestal of some sort, which makes everything more complicated when I already can’t imagine how the priests are supposed to be getting water into or out of this giant bowl.

That just seems fantastic to me. But wick trimmers… I can imagine the people who used the wick trimmers. I’ve trimmed wicks myself, although not with any particular finesse and certainly not with a sacred tool. I know how an oil lamp smokes if the wick is too long, and I’ve tried to fix candles with over-long wicks so that they would burn more evenly.

It’s a little window into an ancient world, but through it I can see beekeepers and wickers and candlers and part of their labor being brought into the temple to be used for worship. I can see those funny metal caps on churchy candles that I assume have something to do with making them burn more evenly, and those standing frames for candles that show up in wedding decor.

There’s the heat, and the sort of honey-like smell. And there’s the guy, let’s call him Manny, who uses these bronze wick-trimmers that go back to the time of Solomon to make sure that the candles burn efficiently, giving off light with a minimum of smoke.

There’s a whole story, in those wick-trimmers. They’ve been passed down. Generations of new workers in the temple have learned how to keep the wicks trimmed.

They know these tools like I know the hymns of Charles Wesley, or how to make baklava, or the ripply afghan that my great-grandmother made in shades of harvest gold and avocado green and burnt orange, and like you know such things from your own life.

Those colors aren’t on trend, now, but the afghan lives in my living room anyway. Without it, I would feel uprooted.

Uprooted is the exile experience, though. When the commander of Babylon’s imperial guard was done stealing the things, he went to stealing the people.

In the earlier siege, Babylon had taken some high-ranking officials, basically as hostages. This time, the commander of the guard carried into exile the people who remained in the city, along with the rest of the populace and those who had deserted to the king of Babylon.

A few were left behind to continue working the fields and vineyards, but the rest were carried away. So Judah went into captivity, away from her land.

This is the central story to understand, Friends, if you want to know what the Bible is about. It’s second only to the story of Jesus, I think… and even there, you’ll have a hard time understanding what very Jewish writers thought Jesus was about if you don’t understand the exile to Babylon.

If you want to understand the hope for a Messiah, for a savior, for a shoot to grow out of the mown down stump of Jesse, then you have to come on this journey.

Imagine yourself as our wick-trimmer, Manny, packing whatever is allowed and shepherding your family along. Do you bring the avocado and harvest gold afghan? Do you bring the doorframe where you etched your children’s growing heights? How much food could you carry on your back?

I did some rough math, assuming that the pace of the journey would have been about the same as the pace of the wagon trains that moved westward through our country; those moved at about 20 miles per day.

That’s slow, for those of us who are used to going 65 miles per hour or faster. It’s fast, if you imagine carrying everything you thought you needed on your back. It’s punishing if you imagine carrying a child, or if you are too old to walk like this, or if you are too traumatized by grief to keep pushing yourself, or you have any number of other complicating factors.

I said that you can’t understand the Biblical story if you don’t understand the Babylonian exile, and here’s a small example: do you know the story of Lot’s wife? Judgment came to the cities of Sodom and Gomorrah, because of their lack of hospitality, but Abraham’s nephew Lot and his family were given a chance to flee from the destruction.

There’s a poet I love, Anna Akhmatova, who describes the scene like this:

A single glance: a sudden dart of pain

stitching her eyes before she made a sound . . .

Her body flaked into transparent salt,

and her swift legs rooted to the ground.

Who will grieve for this woman? Does she not seem

too insignificant for our concern?

Yet in my heart I never will deny her,

who suffered death because she chose to turn.

I love this because I celebrate those who turn, and because I think I want to be one who turns, but I can respect the wisdom of a people who went through something like the exile to Babylon and recorded in their stories that to turn around and stare at the past is to die.

That doesn’t work, on an exile march. You don’t get to stand on the last tall hill and look back at your homeland. Keep walking. Look forward and keep walking.

Keep walking is a death sentence, and it’s the only way forward into new life. Keep walking is the death of what you knew, and a stubborn helpless hope that putting one foot after another will lead to life.

It’s singing, from the book of Lamentations, a book of poetry about the experience of destruction and exile:

I am the man who has seen affliction

by the rod of the Lord’s wrath.

He has driven me away and made me walk

in darkness rather than light;

indeed, he has turned his hand against me

again and again, all day long.

…it’s singing that, and walking on.

He has walled me in so I cannot escape;

he has weighed me down with chains.

Even when I call out or cry for help,

he shuts out my prayer.

He has barred my way with blocks of stone;

he has made my paths crooked.

…it’s singing that, and still walking on with a desire to be faithful. It’s walking into exile away from your land, and let me remind you here that the writers of these stories generally assumed that gods were regional powers. If you wanted to stay connected to that God, then you had to remain in the land of that God.

The exile broke that soil connection, but we worship a God who isn’t constrained by our geographical boundaries. That’s what the exiles learned when they arrived in Babylon and found that they could still worship, and it’s what we need to learn too: this God will follow us into exile.

This God will never abandon us. Because of the Lord’s great love, we will not be consumed.

Your affliction? Your gall? The ways you’ve wandered and the bitterness you’ve reaped? Be downcast, if the situation calls for it. But also: have hope. God’s grace is new every morning, and great is God’s faithfulness. We can rest in God’s unfailing love.

And more than that: we can live in God’s unfailing love.

I read an Advent poem by Brian Zahnd that I liked, recently, and I shared it on my Facebook wall. Here’s what I loved about it:

Don’t waste your life on a pastel watercolor faith

Can you take the world as it is

And still believe in God?

Can you take people as they are

And still believe in love?

Don’t waste your time on something timid or fragile, on a faith that will begin to dissolve when the hard times come, as they always have and always will. Don’t waste it on a picture of heaven that isn’t robust enough to survive an exile.

Can you see the world as it really is, with the affliction and the gall and the grief, and still believe?

That’s the question that Advent poses to us: whether or not we can imagine coming home. If Christmas doesn’t matter when we’re in the deepest pit we can imagine, then it doesn’t matter at all. Christ-with-us is either hope enough to get us through the worst of our lamenting, or it’s a sentimental waste of time.

To be home is to be with the people we love, to be in a place that we trust, to feel stable and free. The exile is a disorientation, the loss of all of that. To look toward Christmas with hope has to be to look toward an answer to that disorientation, an end to the exile.

This is the story that we’ve been telling ourselves from the beginning, from the expulsion from the garden and Cain’s violence that followed afterward, and it leads us to this question… can we go home?

Can we go home? Can we be brought out of this exile? Can we reorient ourselves?

In The Great Divorce, CS Lewis had many things to say about the ultimate end of humanity. I suggest you give it a read, if you haven’t already.

That’s hell. That’s exile: moving farther and farther away from each other.

Turning back toward the city that has been judged is death, and turn away from people is also death. What do we have, except to turn toward God and toward each other? That’s what redemption is all about.

That’s the mindset of the prophet who wrote:

Because of the Lord’s great love

we are not consumed,

for his compassions never fail.

They are new every morning;

great is your faithfulness.

I say to myself, “The Lord is my portion;

therefore I will wait for him.”