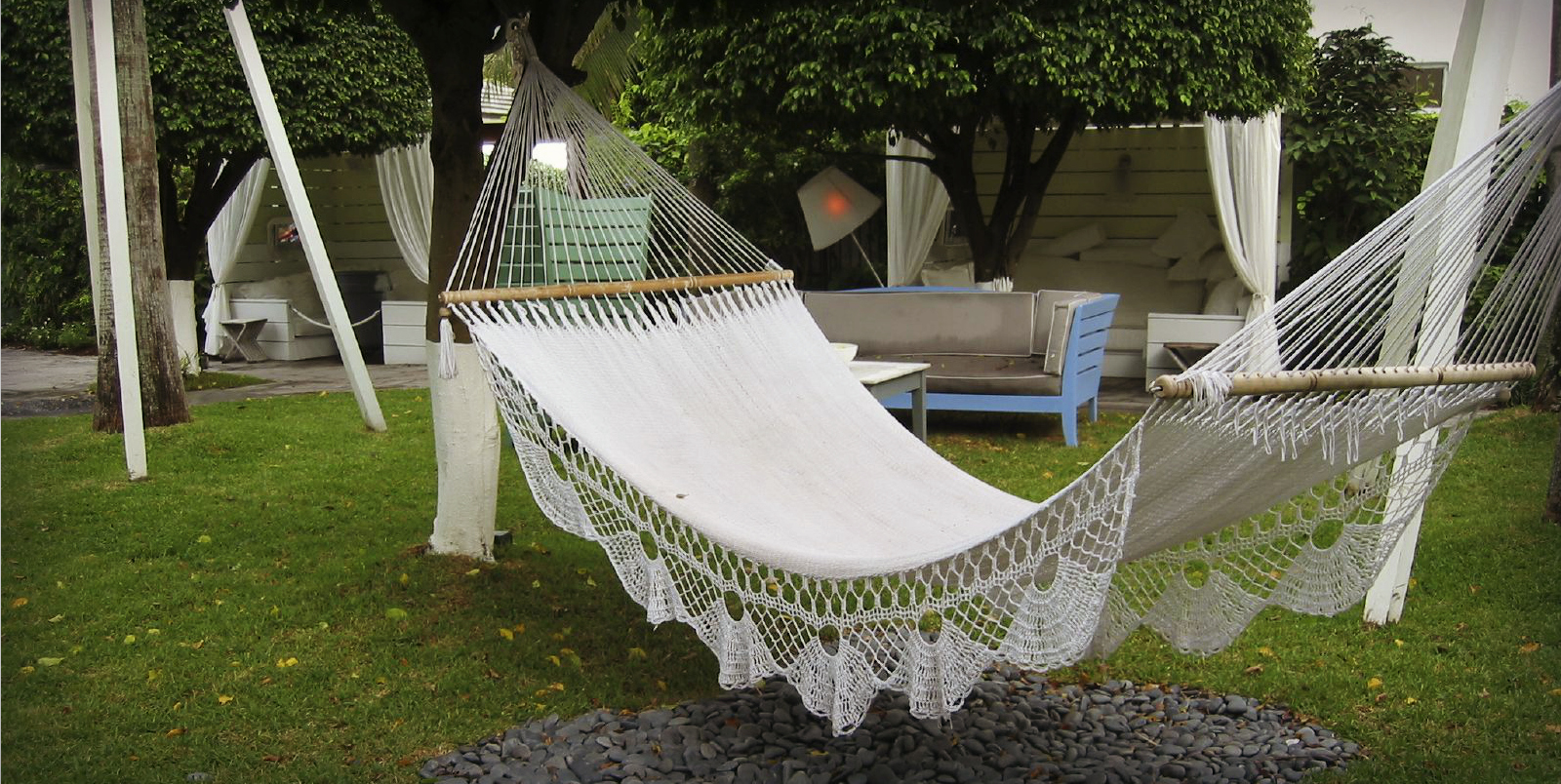 Laura Ingalls Wilder left behind, as part of her written legacy, some pretty harsh descriptions of keeping the Sabbath. Lots of Bible reading, lots of prayer, lots of sitting quietly looking with longing at paper dolls and whittling projects. Pa’s fiddle wasn’t allowed to play any secular music, not on the Sabbath. That would be a disgrace.

In Little House in the Big Woods, Laura learns just how much trouble her grandfather found when he and his brothers wanted to to ride their sleds down a hill – just once! – on a Sunday. Keeping the Sabbath was so important, in that family, that the boys couldn’t even be spanked until the Sunday sun went down.

Not even that work could be allowed on the Lord’s Day.

There’s something charmingly antiquated and straightfoward about this image of one day in seven in which we don’t do anything at all, perhaps particularly in an era when we seem not to ever stop doing. We might not want to spend 24 hours sitting quietly in a chair, doing nothing… but you know, to some of us, that might sound just lovely.

The larger theme, though, in these depictions of the Sabbath, is that one is not allowed to have fun. Fun, itself, is disrespectful on the Lord’s Day. Take that with a grain of salt – the Little House on the Prairie stories are told from the perspective of a child – but it’s not as though Laura Ingalls Wilder was the only one to come away with that sense of how the Sabbath was to be kept.

I dare you, Friends, to try to find a passage of Scripture suggesting that we’re supposed to set aside one day for God, on which we endeavor to be as miserable as possible.

What you’ll find, instead, is a stubborn insistence that Sabbath rest cannot be separated from the productive life. You’ll find it back in Genesis, where even God Almighty rested after six days of creation. Then God blessed the seventh day and made it holy, because on it [God] rested from all the work of creating that [God] had done.

You were slaves in Egypt, see, and God brought you out of that. So don’t work like a slave now, and don’t ask anyone else to work that way.

That’s what will disrespect the Lord’s Day- working as though you are not free.

Sabbathbreaking was worthy of the death penalty, just like murder and adultery. Can you imagine living in a world where that was enforced? Can you imagine seeing rest as a matter of life and death?

A life without rest is a kind of death, though. And, given what we’re learning about the human body, that rest may be more than metaphorical.

Let’s say, though, that from here on out, one day in seven, we’re not going to do any work. Treat the question as a hypothetical, if your Quaker conscience won’t allow you to do otherwise. In order to honor God, we are not going to labor for 24 hours straight, on a weekly basis.

The question you inevitably have to ask, upon making that decision, is this: what is work?

Now, you can do that by setting up a system of rules. You can create an entire rubric for judging which books can be read, and which hobbies can be indulged, and which instruments can be played (not the hard ones, I would assume), all to the glory of God.

I don’t know, though- I often find that diligently following a series of rules is work in and of itself. That’s not my picture of what God was doing, on the seventh day of creation.

You know, it is perhaps too easy for me to identify this God as the Creator. Not that that’s not true; as we tell the kids, in Sunday School, God created light and water and land and fish and birds and cattle and you and me. God created all that, and called it good.

And God created people, people like you and me, and called it very good.

We pattern ourselves after what we worship, do we not? And is this not the rut in which we get stuck, so often: We must create. We must be productive. We must get stuff done. There is work to be done, and it is ours to be done, and we must do it… or else we won’t measure up.

Here’s the Gospel for you, this morning: your God does not define you by your work. Your God is not a foreman, ticking off a checklist of what you’ve accomplished today. If you remember nothing else from this sermon, remember this: you are more than your job.

What would happen to you, Friends, if you were to pattern your lives by this Resting God?

You no longer reside in Egypt. You are on your way to the Promised Land. Part of this journey out of slavery is learning to be loved, not for what you do, but for who you are.

We’re coming up on Christmas. Let me give you a sneak peak on that story, as though you haven’t heard it before: Jesus did not lay aside his golden crown to be born in a squalid sheep-pen in hopes that you would get a better score on your next performance review.

I’m sure that the work you do is important, but it is not that important. The work is not who you are.

Okay, true story time. I take Fridays off, for the most part- I handle emergencies, answer quick questions, work around funerals, and so forth, but I try to set Fridays aside as time for not-working. (Can you hear me equivocating already?)

So, it’s Thursday evening. The Peace and Social Concerns committee meeting wrapped up around 5:30. A few more emails, a phone call, a little research, and an hour later I’m ready to head home.

You know what I took with me? A book about the Sabbath, and a bunch of articles to read about the Sabbath. I figured that I’d read them on Friday. After all, I didn’t have anything scheduled, because it was my day off!

I’m not saying that to make you feel sorry for me. I had a lovely Friday, none of which included working on my sermon. My Sabbath was great.

Plus, many of you have much more demanding jobs than me. I mean, just for starters, I look at the schedules of some of the teenagers in this meeting, and I know for certain that they have far more difficult “jobs” than mine. I am far from the only person here tempted to burn the candle multi-dimensionally.

It’s just that there I was, planning to give up my Sabbath in order to read about the Sabbath. I am a trained theologian! How did I not see the irony?

That’s how insidious this temptation is, to not allow ourselves to rest. That’s how easy it is.

So. This rule about the Sabbath was delivered to the Hebrew people as they journeyed through the desert, stretched between slavery in Egypt and freedom in the Promised Land.

Historically, though, the story has two levels. You can read it, on the one hand, as a story about a people walking across the Sinai Peninsula toward their new homeland, and see in it the lessons they must learn before they can operate as a free people in their own country.

Or… you can think about another time in Old Testament history. While these stories are ancient, they didn’t receive a final written form until the Hebrew people were conquered by the Babylonian Empire 600 years or so before the time of Christ.

Picture the scene with me. You’re a citizen of a tiny country, governed by a largely incompetent king. Following a series of ill-fated political maneuvers, the massive empire next door decides that keeping you as a client state is terribly inconvenient. It’ll be simpler, see, just to dissolve your little nation into the larger empire.

So, they attack. They win. Your king is captured. He sees his sons killed, and then his eyes are gouged out. He and all the leaders in the city – from the president to the dogcatcher – are carted off as political prisoners.

So, when we read remember that you were slaves in Egypt and that the Lord your God brought you out of there with a mighty hand and an outstretched arm, and that’s why you should keep the Sabbath holy, don’t think about little Laura Ingalls not playing with her dolls. Think about these words being whispered among the servants in Babylon.

Think of these words as revolutionary.

To practice the Sabbath is to refuse to be identified by your productivity, your possessions, or even your security.

Practicing Sabbath means taking one day a week to remember that you were loved far before you accomplished anything. It means to hit pause on all your efforts to do something, to tune out all the voices telling you to produce more, and simply to be.

Jesus said, in response to some Pharisees who were trying to trip him up, that The Sabbath was made for man, not man for the Sabbath. That is, that while I’m sure Laura Ingalls Wilder’s family meant well, the point of Sabbath is not to sit quietly and miserably for a day.

And, while I’m sure that we all mean well with all our busyness, the Sabbath is also not to be ignored. If it was made for us, then it deserves our attention. If it is commanded, then it deserves our obedience. If it is recommended for our own well-being by the one who created us – and then rested and called that holy – then perhaps we should reconsider our purpose.

If you wish to honor the Sabbath, you need to stop working. What is work, you ask? Work, here, is that which you feel that you need to accomplish in order to be worthwhile. Once a week, could you let it go?

Do it today. Do it next Saturday. Do it on Tuesdays, when no one is paying attention. Doesn’t matter.

What would it be like, for you, to take a day to simply rest in the God who choose resting to call holy?