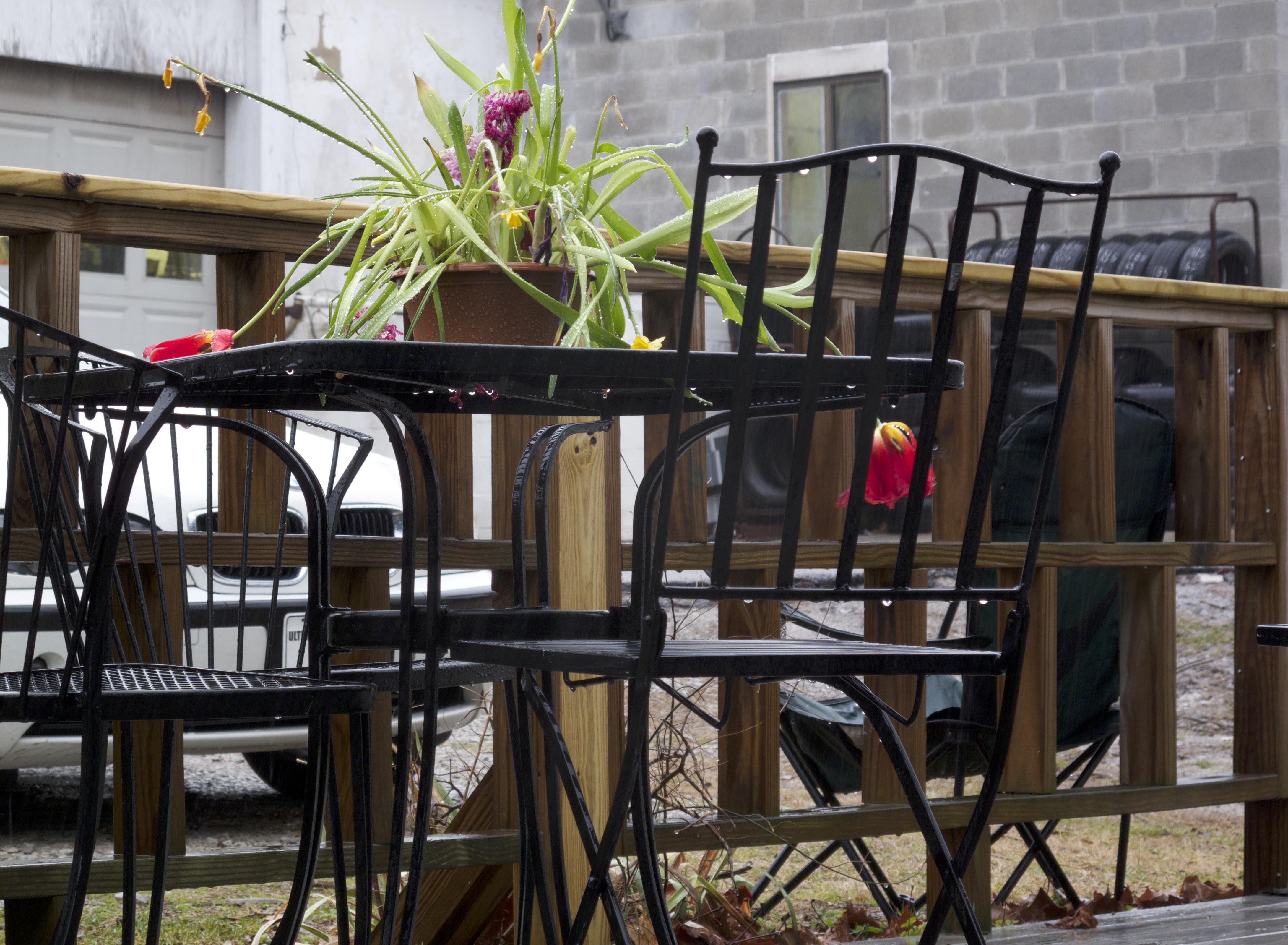 No one can serve two masters. For you will hate one and love the other; you will be devoted to one and despise the other. You cannot serve both God and money.

-Jesus, in the sixth chapter of the Gospel of Matthew

Here’s an old sermon trick for you. Ready?

So. The last commandment, as handed down to Moses on Mt Sinai, is you shall not covet.

In the case of today’s commandment, the meaning is specified: you shall not covet stuff that already belongs to your neighbor. Do not covet your neighbor’s house, spouse, servant, ox, donkey, or really, anything else that belongs over there, across the property line.

This is not a rousing conclusion to the Ten Commandments. I don’t mean to imply, here, that I think coveting is unimportant. I’m just saying that if you’re given the job of editing a list, you generally want to end with a bang- something surprising, something eye-catching, something obviously important. I’m not sure that “sitting in the backyard pining over the neighbor’s boat” really qualifies.

See, if I were describing for you the fabulous desserts available at my new cafe, I wouldn’t say that we have New York style cheesecake, and cherry pie, and clementine pound cake with fresh whipped cream, and dark chocolate mousse, and apple pan dowdy. It’s possible that your response to that list would be, my goodness, they have apple pan dowdy! Why, that was often served at the White House while Franklin Pierce was President! I’ll have to go to that cafe!

More likely, though, you’d hear apple pan dowdy at the end of that list and think, hm, wasn’t there something I was interested in, on that list? Perhaps something with whipped cream? I’ll have to look at the menu on their website.

Just to be clear, there’s no actual cafe happening. This is great news, for those of you who were strongly desiring my clementine pound cake; it doesn’t actually exist, and therefore, you were not technically guilty of coveting anything belonging to your neighbor.

Why is coveting, though, set as the finale of the Ten Commandments? It seems to me like you’d want to go out with a little more excitement. Say, for instance, that you were to wrap things up with you shall not murder. That’s pretty important, right? That would keep people’s attention.

Coveting, though? Isn’t that just kind of a universal thing, part of the human experience?

I mean, I’ve never sought out statues of false gods and burned offerings before them. If I had done so, I would have told you so, because it would have made a great opening anecdote for the sermon on idolatry. It would also have been a pretty big deal, something quite set aside from my everyday routine.

Coveting, though? I’m driving around town, and I see a Subaru that’s a little bit new and a little bit nicer than mine, and sure, I want it. That new Subaru probably has better speakers and fewer stains on the seats and, you know, whatever else makes a car good. So, I want it! What’s so bad about that?

Okay but instead, say I didn’t want the new car. Say that I love my little beat-up Subaru, which I in fact do, and that I couldn’t imagine trading it in for something snazzier, which is somewhat less true. There are powerful societal forces in place to convince me to mend my ungreedy ways, like tv commercials. The car manufacturers are willing to gamble their money on the possibility that if I see enough shots of shiny new cars racing around specially made tracks, in-between episodes of House of Cards, that I’ll eventually think to myself, hm, yes, a shiny new car, that’s exactly what I need.

Here’s a mental exercise for you. Imagine yourself opening up the newspaper. Imagine yourself casting aside the meat of the paper – you’ll come back for that – and focusing on the advertising. Open the ads up. Spread them out on your lap.

To be honest, I can’t really complete my own exercise. I don’t know what those ads would look like.

(Keep that in mind, the next time someone tries to tell you that our nation is founded on the Ten Commandments. This one: not so much.)

Buy it now, and if you can’t afford it now, then buy it on credit- because honestly, can you really afford not to have it?

This is the world in which I live- a world which constantly poisons me with the notion that I need that which I do not have. I suspect you live in a similar world.

And because I know this about my world, I understand why Jesus couched this same problem in terms of idolatry.

No one can serve two masters. Either you will hate the one and love the other, or you will be devoted to the one and despise the other. You cannot serve both God and money.

You may remember me saying, back in the medieval era when this sermon series began, that the Ten Commandments begin with I am the Lord your God, who brought you out of Egypt, out of the land of slavery. This phrase is so important that, in some ways of counting the Ten Commandments, it is treated as the first commandment. God’s pronouncement of who God is and what God has done is, itself, something that we are commanded to remember.

Without it, why bother with the rest of the commandments?

Let me quote another preacher, David Lose, on this: “So why can’t we give our allegiance and worship to money? Because to do so is to fall prey to the larger worldview that crowns money lord in the first place: scarcity.”

See, if I start to believe that money is the answer to my problems, then I inevitably start to look for more money. Money is the solution, right? It turns out, though, that if I do that, I’ll never have enough money. There is no amount of money that will plug that hole.

If money is my master, then I will always live in a world of scarcity.

If God is my master, though, then I will always live in a world of abundance.

That’s why this command that we have about coveting comes at the end of the list. We have a series of commandments about our relationship with God – don’t worship anything else, don’t pretend you are more important than God by working every day of the week when God rested on the seventh day, and so on.

Then we have a series about our relationships with each other – don’t murder, don’t cheat, that sort of thing.

And then here, at the tail end of the list, we have this reminder that just following all the outward rules is not enough. If we want to live a good life, a free life – the life we were brought out of slavery in Egypt to live –  then we have to attend to matters of the heart as well. Assuming that we have the necessities, enough to survive – shelter, food, clothing, healthcare, and wi-fi – then we cannot allow ourselves to cultivate an attitude of greed about the rest. This is how we begin living abundantly, as we were created to live.

At your center, though, it’s between you and God. No one can tell, when you’re sitting quietly on your back porch, if you’re thanking God for the view or wishing that you had the neighbor’s view instead.

So. As we move into waiting worship, this morning, I have one more thought experiment for you. Imagine yourself moving through your life with a camera in your hand, documenting your blessings. Take a picture of every one- family, friends, food on the table, the roof over your head, your job, your hobby, the beautiful created world that surrounds you. Take a picture of every single blessing that you see.

How full will your photo album be?