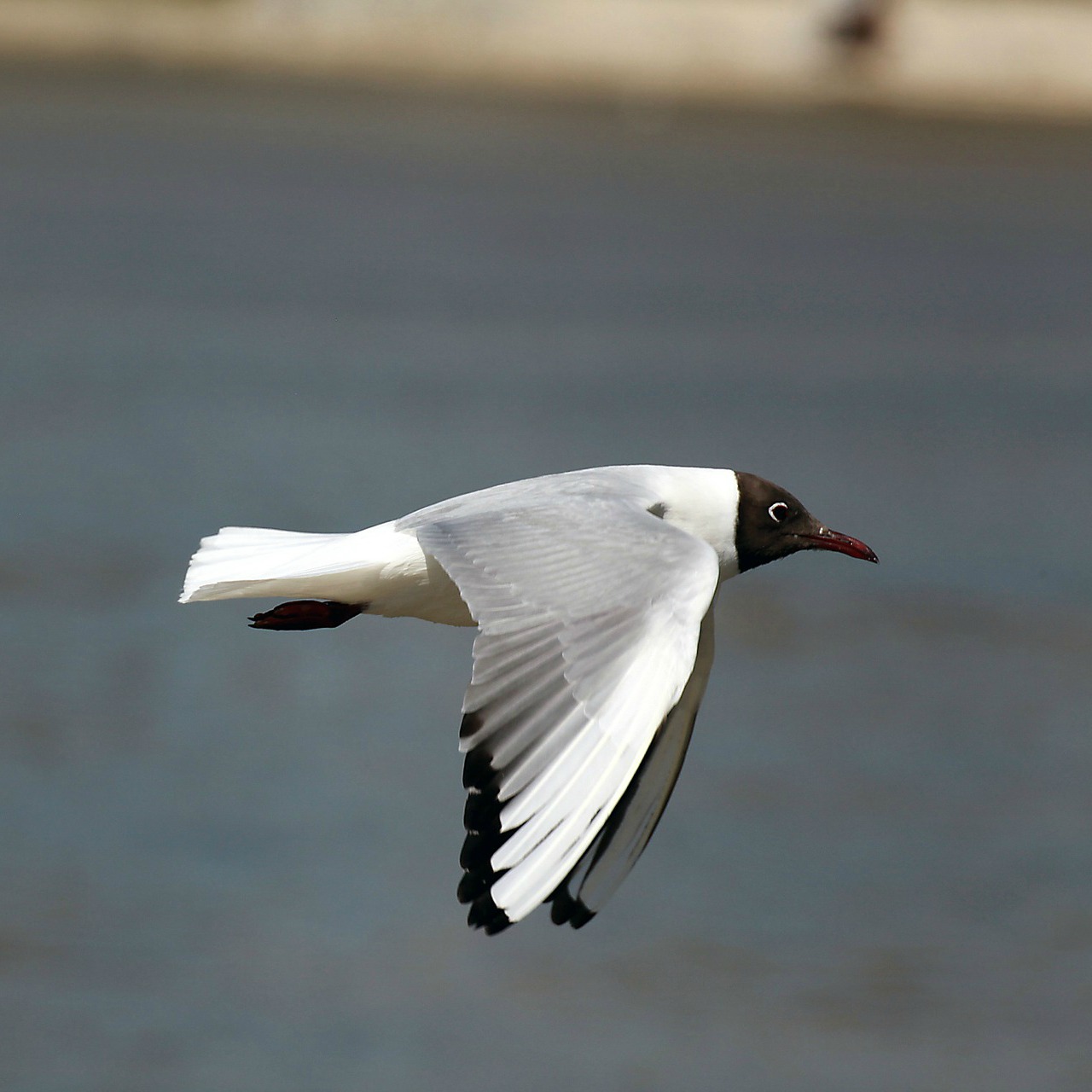 I grew up deep in the holiness movement, so I’m a crackerjack at pointing out sin. I can use Bible verses like Audubon used brushes to identify more sins than there are birds in America.

We didn’t drink virgin strawberry daiquiris because someone might think they were real, and Christians are called to avoid the appearance of evil. We didn’t say “gosh” or “golly” because those were approximations of taking God’s name in vain. We didn’t ask women to serve as ushers because it might be seen as an eldering role.

I once knew a pastor who got fired from his church over who should be allowed to sing in the choir. There was a divorced woman who was part of the group, and he felt that choir singing was a form of leadership ministry, since it’s part of leading a service, and therefore membership needed to be restricted to people who weren’t living “lives of sin.” I guess she wasn’t actively trying to be reconciled to her ex, in clear disobedience to Jesus’ teachings.

There was a pool table at my college, but it was a recent addition. The community rules used to state that students and employees would not play pool anywhere, whether or not school was in session. The reasoning was that pool was a game that was played in bars, which serve alcohol, and so enjoying pool might lead one into a bar.

A cousin and I went to hear a guy play the trumpet at a local church, and he stopped the whole performance to tell the audience about the evils of rock music… and she wouldn’t let me play Jars of Clay on the way home. (She since recovered)

I don’t think about all of this much, now that I’m reveling in the hedonistic combination of good music, box wine, and movies with occasional swears. But when I hear that someone is throwing a faithful fit over small matters, it all comes back and I start to feel just a teensy bit competitive.

You think you can be legalistic? Don’t come for the splinter in my eye before I’ve gotten the chance to tell you about the entire log in your eye. That’s how Jesus says it, right?

I think Paul is feeling a bit of this competitiveness, at this point in his letter to the Galatians. I know that some of you have heard this overview until it makes your ears bleed, but stop paying attention for a moment so that I can give it one more time:

After Jesus ascended into heaven, the Holy Spirit came down and the believers started preaching and converting and expanding their little band. There were lots of different understandings within the Judaism of the time about the promise of the Messiah.

Was this to be read as a literal hope? What would the Messiah do in the world? Would he deliver the people from Rome? Would he purify the worship in the temple?

The early Christ-followers became part of that conversation, arguing that the Messiah had already come and his name was Jesus and he had been put to death but didn’t stay that way, and somehow his death and his not-being-dead was ushering in the promised kingdom.

That was a weird claim to begin with, but then some started taking it a step farther, saying that you could follow this crucified and not-dead Messiah without even becoming Jewish. This was the first big theological problem that the church had to tackle, back before people started getting the basics of Jesus’ story straight and writing it down, and way back before any thought that women should keep silent and slaves should obey.

The Apostle Paul was one of the main champions of Gentile equality in the church. He founded a bunch of churches in Gentile communities, including several in the region of Galatia- the middle of modern-day Turkey. He ate at a common table with Gentiles, which was a big no-no for Jews of the time, and he taught that Gentiles didn’t have to get circumcised, eat kosher, or celebrate the Hebrew festivals in order to follow Jesus.

Not everyone in the baby church celebrated this understanding of freedom. Several teachers who didn’t went up to Galatia, after Paul had moved on, telling the churches there that Paul hadn’t told them the whole story. Paul was just trying to make it easier on these Gentiles – he meant well, bless his heart.

But fortunately, these new teachers were there to tell these Galatian Gentiles about the whole gospel, including the need to follow the Jewish laws. Once they started following the laws, then they could really be part of the family.

Worse yet, the Galatians were starting to listen to these new teachers.

Here’s the thing, though: these Gentiles really aren’t all that familiar with the Torah as anything other than an abstract concept.

I mean, why would they be? How many of you could name all the pieces of the Buddhist Eight-Fold Path? Which Hindu God was said to have created the Vedas? Those aren’t questions that most of our religious upbringings have trained us to answer.

And likewise, these Galatian Christians are excited about Jesus, but they don’t know the ins and outs of interpreting the Torah. They didn’t go to synagogue school. They didn’t listen to Scripture teachings on the Sabbath. They didn’t recite things in their homes or hear older relatives singing a Psalm.

Paul, on the other hand, had all of that. Even more, he’s a trained Pharisee- trained by Gamaliel himself. He knows this stuff backwards and forwards.

These Galatians, with their newfound desire to follow the Torah: they’re on Paul’s turf.

He says, tell me, you who want to be under the law, are you not aware of what the law says? He’s setting a trap. He knows full well that these Gentile Christians don’t know for themselves what the law is about.

You’re so excited about following the law… don’t tell me that you don’t know what it says!

Here’s the thing that the Galatians might not have realized: the Torah, the Law with a capital L, is way more than just a bunch of rules to follow. It’s the whole first five books of the Hebrew Scriptures, and the vast majority of it isn’t rules at all.

There are rules, but the rules are just one part of the story.

It’s a sweeping narrative, starting at creation itself and moving through ancient stories and the Abrahamic tales and a detailed look at the journey of the Hebrew people out of slavery in Egypt, and the undercurrent of all of this is freedom. The beat in the background that unites it all is freedom.

Adam and Eve are free to do what they want, in the garden. There’s no fence around the one tree that they should leave alone.

And Abraham is free to follow, or not, as he chooses. And Moses, too, is given the option to walk away from the burning bush, to just keep herding sheep in the wilderness.

And the whole burning heart of the Bible is the Exodus story. God, in this story, is on the side of the slaves. God promises these slaves a land of milk and honey, the ancient equivalent of 40 acres and a mule.

And yes there are rules, but if you’re reading the rules in a way that makes you less free, then you’re reading it wrong. The rules are there to help these former slaves understand how to be free people in healthy relationships with one another.

Freedom is not squelched by the law. The law, instead, helps us understand how to be free.

Paul explains this by way of an analogy drawn from the Torah itself. It’s an uncomfortable one, for those of us who think that a husband shouldn’t sleep with his slaves as well as his wife… a circumstance which is critiqued by the story itself.

I’m talking, of course, about Sarah and Hagar, each of whom bore a son for Abraham.

See, God said that Abraham would have a son, but a time came when he and Sarah had to be honest. She was old. Babymaking was clearly not a biological possibility.

So Sarah gave her slave, Hagar, to her husband. If that sounds to you like something out of The Handmaid’s Tale, then you’re getting it right. Hagar is made pregnant and births a son, Ishmael.

God had promised that Abraham would have a son, and now he has a son, right? Forget that he technically took advantage of another human being to get it. A son is a son, right?

But no: God comes back and says that Ishmael isn’t the promised son, that Abraham and Sarah are going to have a son of their own. Sarah laughs at this, and so they name the son that comes Isaac, which means laughter.

Abraham followed the rules of his day, awful as we might think they are, in order to father Ishmael. But Isaac- he’s the son of the promise. Ishmael was born of a slave, but Isaac is free.

Freedom, remember, is the heartbeat of this story.

Skip forward. The Galatians Christians want to follow the law- they worry that they won’t be acceptable to God if they don’t. But Paul knows that these Galatians don’t really know what the Torah – the first five books of the Bible – is all about.

So Paul schools them by telling them a story from the Torah, one in which slavery and freedom are laid out in stark contrast. Hagar is a slave, and her son Ishmael is a slave. But Sarah’s child, Isaac: that’s the line where freedom begins.

And then Paul asks the Galatian Christians to remember, to imagine that they are children of the promise.

You, brothers and sisters, are children of the promise.

And it is for freedom, Paul writes, that Christ has set us free.

But it is for freedom that we have been set free. Do not let yourselves be burdened again by a yoke of slavery. And, implied: don’t set that yoke on anyone else, either.

Paul writes it this way, in his final analysis: The only thing that counts is faith expressing itself through love.

You just can’t earn your way into love. But when we’re granted freedom in Christ… then we’re really free to love.

But in Christ Jesus neither circumcision nor uncircumcision has any value. The only thing that counts is faith expressing itself through love.

Here’s the secret: all of your actions to care for one another have been faith expressing itself through love.

The only thing that counts is faith expressing itself through love.

As we settle into waiting worship, don’t settle for anything less.