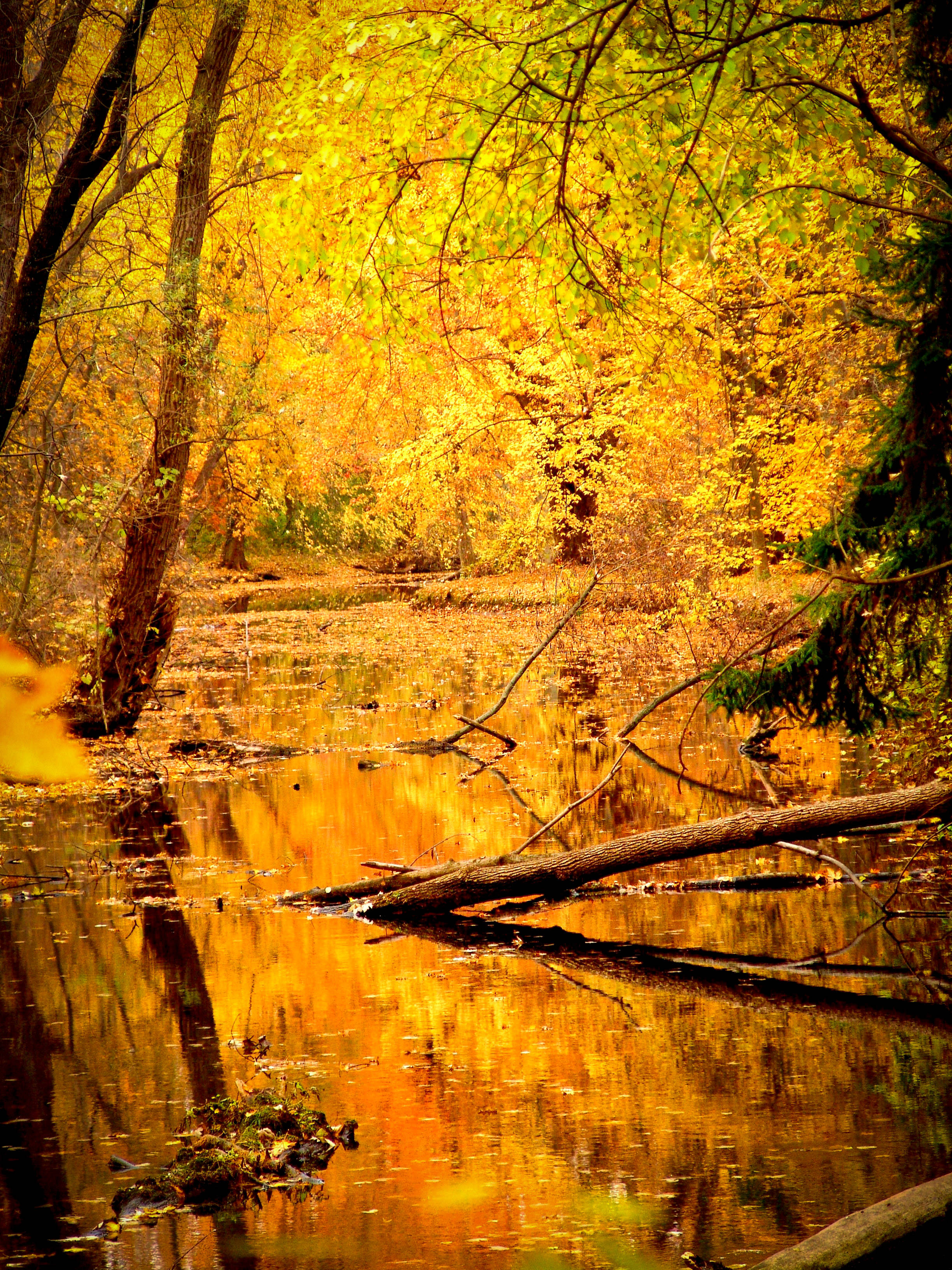 I liked the book that we used for the children’s message, but the other option that I almost went with was Horton Hears A Who. The book came out in 1954, so I don’t think I’m going to spoil anything by telling you the plot…

There’s an elephant, you see, named Horton. He hears a voice coming from a small speck of dust, and eventually discovers that the speck of dust is really an entire planet- a miniature planet, where a miniature community called Whoville resides.

Being so small puts them in grave danger, so Horton vows to protect this little speck. Why? Well, Horton says, it’s because “a person’s a person, no matter how small.”

The other animals in the jungle don’t hear the people of Whoville talking. They don’t understand Horton’s devotion to this little speck, which he’s placed in a clover for safekeeping.

And because people attack what they don’t understand, the little clover with the little speck is nearly lost. But Horton Hears A Who is not a tragedy, so the community is saved; the other animals in the jungle are, at the last minute, able to hear the voices of the residents of Whoville.

Whoville is such an odd name for a town. It’s almost like Dr. Suess wanted us to ask the obvious question: who are the residents of Whoville supposed to be?

One answer is pretty simple: it’s Japan. Suess had some pretty anti-Japanese attitudes, before World War 2. But he wrote Horton Hears A Who after the war, and after a visit to Japan: after he saw what nuclear bombs could do.

Who’s Whoville? Average residents of Hiroshima and Nagasaki, going about their lives when a destructive power of unimaginable force fell upon them. Seuss is reimagining the story, as if the Allied forces had been able to hear the tiny voices of people who needed protection.

Who’s Whoville? It’s not just Japan. Seuss puts to us a broad sort of question: what if we could hear, for once, the voices of people we take advantage of? How would that change us?

The story of Israel, you know, starts out quite a bit like Whoville. There were the great patriarchs, of course, your Noahs and your Abrahams and your Josephs. But as a nation, the story starts off with them as slaves in Egypt.

Who hears slaves? God does.

God rescues the slaves and leads them out on a journey to worship, to trust, and to eventually find a homeland of their own… a place where they could be in charge.

They mess up, along the way, and God is patient sometimes and other times not, but on the whole you see this upward climb in fortunes.

They’re come up out of slavery and into the promised land. There’s a rocky period of judges, and the second-rate reign of the first king, Saul, but then there’s David.

David doesn’t start off as a slave, but he does start off as the youngest son of a member of an unimportant tribe.

When the great action is taking place – a battle with the Philistines – he’s off on the margins taking care of the sheep.

But then he’s swept into the battle by forces beyond himself, and he’s miraculously triumphant over Goliath, which delivers the Israelites from the Philistines just like the parting of the Red Sea delivered them from the Egyptians.

David goes on this upward arc, becoming more and more powerful in battle, and still being a figure of justice and righteousness. When he’s given the opportunity to kill Saul, to take the throne by force, he rejects it outright. He plays his harp as well as he swings a sword, composing psalms of love and devotion.

And then, at the tip-top of the arc: David uses his power for his own gain, and it all starts to fall apart around him. He sees Bathsheba, wants her, and takes her.  He has her husband Uriah killed, and then brings Bathsheba into the palace as his wife.

From here, at the xenith, it’s all a downhill crumble, but David doesn’t know that yet. He thinks he’s gotten away with abusing a woman and killing a man.

How would you like to be the prophet, here? God called on Nathan to speak truth to power, as we put it- to go tell King David what God thought of what he had done.

I think this is always worth repeating: prophecy is not about foretelling the future. If prophecy were just about that, the idea of it would be a lot less threatening.

David, you see, hadn’t heard the Whos. He started off powerless but rose into power. But once he got there, he forgot how to hear the people who didn’t have the power.

David started off as one of the residents of Whoville, but as he grew he became deaf, until he was a giant monkey who couldn’t hear the cries of the little people living on the speck. So he took advantage of one and killed another, just to have what he wanted.

That, in a nutshell, is the story of Israel too. They were freed from slavery in Egypt, given a law that would keep them free, and then brought to a Promised Land. And when they got there, they replicated all the same structures of empire that had enslaved them in Egypt.

But that’s not how freedom works, is it? You can’t own slaves and still be free.

We aren’t really free until we’re all free.

So Nathan the prophet got the unenviable job of going to the king – the most powerful man in Israel – and saying you done messed up. He used the ancient equivalent of cute animal videos on YouTube to make his point, playing up the cuteness of the lamb in question to absurd levels.

See, there was a rich man, and there was a poor man. The rich man had flocks of sheep and cattle, but the poor man only had one little lamb. You wouldn’t believe how cute it was, with it’s soft white wool and big brown eyes and playful antics, eating people food and drinking from the poor man’s cup.

The little lamb was basically part of the family. When the poor man went to bed, he didn’t rest a child on his chest or snuggle up with his wife. He fell asleep with this little lamb in his arms.

But the rich man wanted dinner to serve to a traveling friend. He could have slaughtered something from his own flocks, but instead he picked the only joy of the poor family: their bouncing baby lamb.

David heard this story, and he became angry. Flawed as he was, a zeal for God’s justice burned in him, and the outrageous behavior of the rich man offended him.

Before asking questions about the case, he decreed that the rich man should die and that he should pay for the lamb four times over.

But, of course, David is the rich man in the story. He had so much but he wanted more. He wanted that which is not his. He used his power to take it.

And David does, indeed, lose four sons as his arc heads downward into tragedy. Bathsheba bears a child from David’s sin, but the child dies. And as David ages, three of his sons die by violence: Amnon, Absalom, and Adonijah. He pays four times for the person that he stole.

David represents all of Israel, so this is also the beginning of the downward arc of the entire nation. We’ll see this trajectory in the coming weeks, as kings choose power over justice and idolatry over love.

But right now, I want to change gears a bit. Because when the sermon ends, we settle into a period of waiting worship.

It’s the Quaker way of sharing in communion: gathering together in prayer and worship, waiting to see if the Spirit moves anyone to share with us.

Sometimes, we call it silent worship. And silence isn’t a bad thing, in some circumstances. But I like the phrase waiting worship better, and here’s an example of why: Bathsheba is silent, in today’s story.

Bathsheba doesn’t get any lines. She’s silent. She’s brought to the king, and she sends a note to the king when she realizes that she’s pregnant. Her husband is killed, and the king claims her, and she delivers a baby, and the baby dies, and she’s still silent in the text.

Later on in the story, when David is dying and she’s jockeying for power, she gets speaking lines. So it’s not that Bathsheba doesn’t get to speak- it’s that in this story, she is silent.

Why? You could say it’s because the Bible is horribly patriarchal, and you wouldn’t be entirely wrong. The Bible is realistic, in its presentation of the effects of human sin.

But I think it’s because in this story, she has no power. We don’t hear what she’s thinking or saying because nothing that she could say would matter.

Bathsheba, in the story, is silenced. We don’t get a protest, or a complaint, or even a grumble.

Enforcing silence isn’t worshipful. There’s nothing righteous about having to be quiet because silence is the only way to be safe.

Imagine yourself as the ruler who went over the line, once, but covered it up.

Imagine yourself sitting on the throne when Nathan comes in with his story about the rich man killing the lamb. You’re angry at the injustice, and then, the unjust one is you.

How quiet would you have to be, in your own heart, to hear that condemning word? David had the power, as king, to have this troublesome prophet removed.

But David was a poet and a singer and a shepherd, before he ever was king. And maybe his habit of praise- maybe his worship made him a man who could listen to such a word.

And think about the quiet that must have reigned in Nathan’s heart, when he heard from God that he should confront the king about his sin. Go confront the king: the mighty warrior, the one who’s harp sings songs to God, the one would could order your death.

How quiet would you have to be, to hear such a call?

Our hearts are noisy places, beating with worries about children and work and what’s for dinner. How quiet would your heart have to be, to hear God calling you to deliver such a message?

Nathan was listening. That’s what I hope we’re practicing in our time of waiting worship- not being silenced, but listening, and willing to be obedient to speak and to hear.

Traditionally, David was supposed to have written Psalm 51 after his sins with Bathsheba and Uriah. In it, we have a song from camp: create in me a clean heart, o God, and renew a right spirit within me.

As we worship, may God renew us and recreate us. May we hear the word being spoken, and may we – when called – be brave to speak.