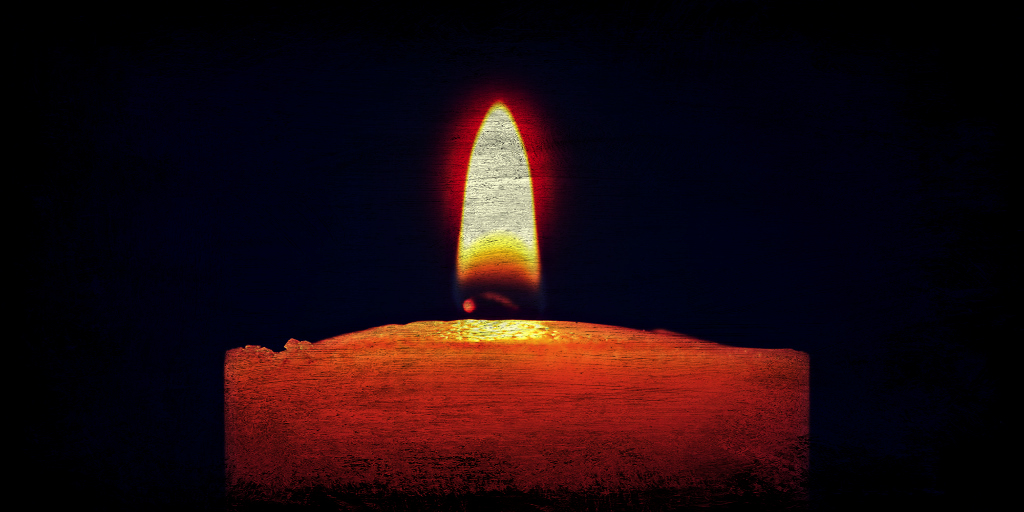 Emmanuel means “God with us.” This is one of the titles that God chooses to be known by – God with us.

But how does God get here? How does God – the one who lit the stars in the sky, the power that brought forth the trees and the salamanders and the elephants and you and me – how does this force become one of us?

The answer to that question, as we’re given it in the Gospel of Luke, is that an angel arrives to inform a young woman named Mary that she would be bearing God into the world.

Picture yourself, if you will, in your own kitchen, doing dishes. You have the sponge or the dishcloth in your hand, and you’re slowly but surely working your way through the teetering stacks of plates and mugs and silverware. You’re just thinking about the task at hand, not waiting on anything special, but suddenly an angel of the Lord appears saying, “Greetings, you who are highly favored! The Lord is with you.”

Here you are with soap bubbles on your hands, with food encrusted plates still before you in the sink, and this otherworldly being thinks what?

Mary’s response, as we have it in the Gospel of Luke, is one of the best examples of understatement that I’ve ever read. Here it is: Mary was greatly troubled at his words and wondered what kind of greeting this might be.

Well yeah, she was greatly troubled! There was an angel in her kitchen, and it was talking! Who wouldn’t be wondering about whether this greeting was a friendly one?

But the angel said to her, “Do not be afraid, Mary; you have found favor with God. You will conceive and give birth to a son, and you are to call him Jesus. He will be great and will be called the Son of the Most High. The Lord God will give him the throne of his father David, and he will reign over Jacob’s descendants forever; his kingdom will never end.”

“How will this be,” Mary asked the angel, “since I am a virgin?”

The angel answered, “The Holy Spirit will come on you, and the power of the Most High will overshadow you. So the holy one to be born will be called the Son of God.

“I am the Lord’s servant,” Mary answered. “May your word to me be fulfilled.” Then the angel left her.

That’s Mary’s story. This Christmas, though, I want to ask you about yours.

I don’t think anyone has ever wanted a long sermon on Christmas Eve, so here’s my point: you are Mary, tonight and always. You were born to bear love into a broken and hurting world.

In a little bit, Friends, we’re going to light our candles. (Here’s some advice on that- tip the unlit candle. Everyone always wants to tip the lit candle, but it’s just a good way to get wax on your pants.) We’ll dim the lamps, and the room will instead be light by the small glow that each one of us has to offer.

One candle in a room this size, on a dark night, might be enough to keep one or two of us from walking into pews or pillars. A couple candles, up here on the pulpit, would be enough to read this sermon by but not good for much else.

A room full of candles, though- that’s enough to really see by.

But let’s not mince words- even now, with all our modern advancements, giving birth is a risky business. Mary put her life on the line to answer this call from God. And, likewise, each of us are called to bear this light no matter how painful or frightening or dangerous the birthing might be. There’s no sure bet that all of this is going to go well.

In light of that risk, let me go ahead and spoil several Christmas hymns for you forever.

Here’s the thing: Jesus was not born in a stable, or a cave, or some other lonely place. Every single resident of the town of Bethlehem would have died of shame if they knew that no one had extended hospitality to a family in need. The shepherds would have scooped up the holy little family and taken them home, had they been made witness to such a thing.

Palestinian houses had two rooms- one that served as a living area for the family, and one that was used to house both animals and guests. That’s not how we handle livestock, now. People with livestock around here tend to have lots of animals and keep the animals in a separate building from where the people live.

But if you don’t have a lot of land, and you only have a milk cow and a donkey, and you really don’t want them to be stolen… then you just keep them in your house.

So, this isn’t a story about a woman giving birth in isolation. It’s a story about a house that’s so stuffed full of visiting family members that the new baby ended up in the manger because there wasn’t room anywhere else.

This matters, Friends, because it means that Mary didn’t give birth alone. She was surrounded by family members who loved her.

And so it is with us. We, like Mary, are called to bear the light in a dark world. We’re called to be carriers of the presence of God.

And, as with Mary: we are never in this alone. We’re called to bear the Christmas light as a community.

The manger is empty tonight, Friends, because you and I have work to do. I’m glad we get to do it together, that we get to light one another’s candles. We’re going to share a few moments of silence now, as Quakers do, and then we’ll start passing the light.