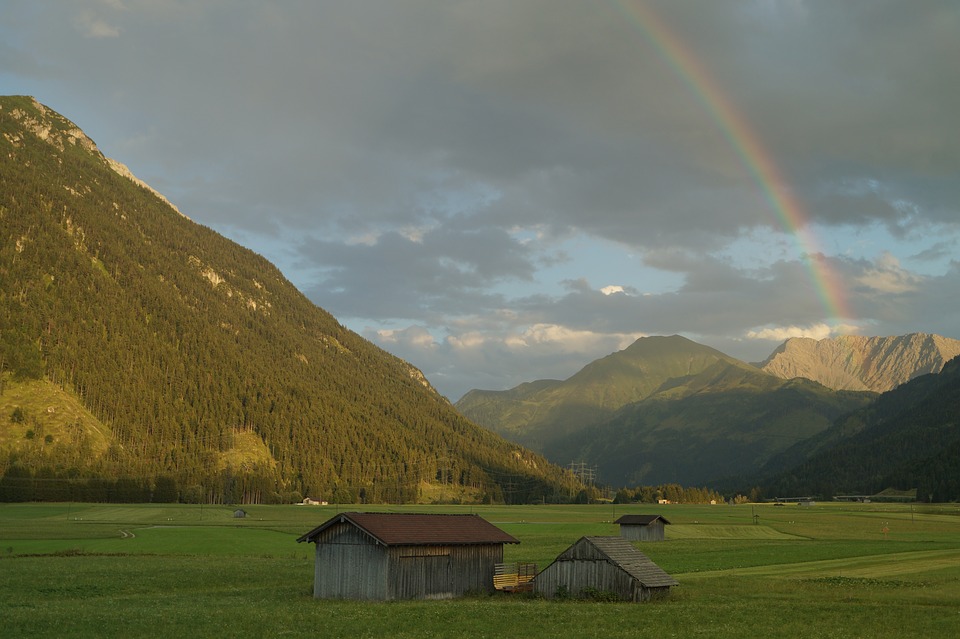 Live in justice, in righteousness: following the laws that God gave, knowing exactly how best to worship God and act rightly and take care of our neighbors.

Seek after mercy, after kindness: knowing when our call to carry out the law is more wisely trumped by God making our hearts charitable, becoming people who want to give grace.

Traveling humbly, walking lightly in the world: setting aside any self-righteousness, any sense of our own importance, taking God more seriously and ourselves less seriously.

That call is a vision of the Promised Land. It brings to mind, for me, a moment from the Chronicles of Narnia. It’s at the end of the series, when they’ve found heaven, and Lewis is trying to describe the sight. He puts these words into the mouth of a unicorn, who says,

“I have come home at last! This is my real country! I belong here. This is the land I have been looking for all my life, though I never knew it till now. The reason why we loved the old Narnia is that is sometimes looked a little like this. Bree-hee-hee! Come further up, come further in!”

A people who knew God’s law, and knew God’s heart, and followed after God’s ways. That’s the dream, right? That’s what we want to be?

They crossed over the River Jordan, set up their new kingdom, build a glorious temple for God right in the center of that kingdom, in Jerusalem.

The temple was golden, with finely woven draperies. The stones were fitted together just so. People came from kingdoms around just to see the glory of this city where God dwelled.

And, slowly, all the golden glory began to sank down into ruin.

Mackenzie read, for us, a selection from the prophet Micah. Micah, whose name means who is like God?, was from a little village called Moresheth.

Moresheth is a Bible place-name worth learning, not because it comes up again but because it doesn’t. Micah is the only person we ever hear of, from Moresheth.

If you were living in glorious Jerusalem, you might not have heard of Moresheth. It wasn’t a big place. It was a bump on the map, if they had maps back then.

And if you were a king, like Hezekiah, ruling from a glorious city like Jerusalem, you might forget about Moresheth. You might think that those folks were a little backward, sure, but they’ll catch up to the times.

They just aren’t modern, like we here in Jerusalem, right? They just don’t understand how the world works!

Here in Jerusalem, we get the news. We hear about what’s happening in Egypt, and the latest from Samaria, and we subscribe to the Assyrian Weekly.

It tells us about what’s going on around the Assyrian Empire: all the news about the dresses that the Assyrian women are wearing and the likely marriages of the king’s daughters and the latest updates about the well-being of our boys on the front, bravely defending the empire.

But here in Jerusalem, outside of that empire… well, we don’t want to be part of all that. We’ve got our own little world, right here. And we’ll do what we need to do, of course, to protect it.

The people of Jerusalem worked hard, building up their little empire. It wasn’t much, but maybe it could hold the Assyrians back. Maybe they could keep their little land safe, as the empire was approaching.

So, they started cutting corners. Like you do. Perhaps in an ideal world one would live righteously, caring for everyone, but that’s simply not realistic. We have to focus on defending the city, defending Jerusalem.

If we pay the local farmers less than they deserve, so we can sell the grain at a higher profit margin… well, that’s just what it takes for all of us to be safe. And if we worship a couple extra gods, ask for blessings from Yahweh and also from the some of the surrounding dieties… well, it just makes sense to hedge your bets.

But, as you probably guessed, that didn’t work. The Assyrians attacked Jerusalem anyway.

They weren’t able to take the city. They laid waste to the surrounding villages, slaughtering the men and carrying the women and children off as slaves, but Jerusalem stood strong. The Assyrians could not break down her walls.

Outside the city walls, though: there, they laid waste. There were all these little towns, outside the capital of Jerusalem, who bore the brunt of the Assyrian assault.

And I don’t want to give spoilers, but here on the margins is where the Messiah will come from. Little towns like Bethlehem, just far enough away from Jerusalem to be vulnerable. Keep that in mind.

These weren’t big places. They were small towns. Imagine Columbus as Jerusalem, and imagine the Assyrian army easily marching through towns like ours, but unable to take over the state house.

You have that image in mind? That’s where Micah is coming from. That’s Micah’s context, in the little town of Moresheth. The Assyrian Empire attacked Judah, but it couldn’t conquer the city.

But, what of Bethlehem? Christmas is approaching, too slow for some like me, too soon for folks who don’t want to dive too quickly into the Christmas season.

And at Christmas, we celebrate the birth of a savior in a town called Bethlehem.

Bethlehem lies outside the city walls of Jerusalem. Hezekiah gambled, rebelling against the Assyrian Empire. He won, in that his capital city wasn’t conquered, but the surrounding villages paid the prices.

So, Micah goes down to Jerusalem to give them what for, in a just and merciful and humble way, of course.

There’s a story like that from around here, you know, and a statue on the Wilmington College campus that commemorates it, of Isaac and Sarah Harvey.

They were farmers in Adams Township, just regular folks, but they felt called to go talk with Abraham Lincoln about their abolitionist concerns.

So, they did. Simple as that.

They were walking in the tradition of Micah. Micah comes from one of the villages that bore the brunt of the Assyrian army. From there, he brings his prophetic critique of the government in Jerusalem.

They preach peace, but in the name of this peace his village has been overrun by Assyrian soldiers, These soilders didn’t take Jerusalem, sure, but at what cost?

They failed to take the city, at the cost of the surrounding villages. The Assyrians could take the county folk, but they couldn’t take Jerusalem.

They made their burning way through the countryside: terrorizing villages, sending orange and red flames high into the sky, ruining villages like Bethlehem and Moresheth.

So Micah goes to Jerusalem with a message. He’s representing those folks from the little towns. In other places in the Bible, Hezekiah the King is highly regarded…. But Micah sees him as complicit in a system that destroys little towns like his.

Micah remembers the stories of the great king, David, who came from little Bethlehem long ago, next door to his town of Moresheth.

And Micah doesn’t care one fig for the self-important folks in Jerusalem who think they’re beyond all that, who think that the safety of their glorious city is worth more than well-being of folks in towns like Bethlehem and Moresheth.

Micah offers a critique of all who would use justice for their own ends. He notices that the wealthy and powerful use their positions of influence and opportunity to deprive the vulnerable of their land, homes and property, and he calls them out.

This is supposed to be the Promised Land, for God’s sake, literally. Stop turning it into the land of deferred promises, where surely justice and mercy and humility will be achieved right after we’re done playing Assyria’s game.

Don’t forget about the vulnerable folks in the little towns, like Bethlehem and Moresheth. Their towns are also supposed to be part of the Promised Land.

The list of charges, in Micah’s indictment of Jerusalem, sound pretty familiar. Shopkeepers are making extra money by using false scales, making the farmers’ crops weigh less and the goods they need to buy weigh more.

Micah puts those false scales right up there with violence and lying, because they’re all a part of the same system of greed. And he prophetically announces that the punishment will be more of the same:

You will eat but not be satisfied;

your stomach will still be empty.

You will store up but save nothing,

because what you save I will give to the sword.

That’s not Micah acting like Nostradamus, trying to predict the future. That’s just pointing out the obvious consequence.

You let the needs of your greed become more important than justice and mercy and humility, and that’s what you get.

You eat, but you aren’t satisfied. You store things up, but then when you go and look, there’s nothing there.

Micah’s critique of powerful people in Jerusalem is aimed to make them throw up their hands. Because listen, Micah: if you don’t like this way of doing things, then what do you think we should do?

If you’re so smart, tell us how to make all of this better?

What does the Lord require of us, anyhow?

Do justice. Love mercy. Walk humbly. That’s what the Promised Land is supposed to be about. And as we learn to live that way, it’s like coming home.