Tell a story of mercy.

From Odysseus to reality TV races and that movie with Leo DiCaprio in it, we’re attracted to stories about being lost and surviving. The book of Exodus offers all of that and more. Here’s the Bible Project video on the second half of the book of Exodus. And here’s another. They’re both great.

On Sunday, though, we’ll be focusing on the story of the golden calf. You can read the story here, or let Moses and Aaron themselves give you the short version:

This story explores themes like lostness, forgiveness, and perseverance. We’ve ben wandering in the desert for awhile now, and both God and the people of God seem ready to give up on the whole covenant. But out of all of this lostness, what we find is a story of mercy.

The people build a golden calf to stand in for God and worshiped it, which is a great sin. But Moses reminds God, who is very angry at the sin of the people, of the stories in which God has promised an inheritance to Abraham’s descendants. Forgiveness wins the day, and while there are consequences, God’s project – reversing the curse and being completely present with humanity – goes on.

Each of you needs to prepare for worship as is right for you. Here are some resources that might help you, starting with a cartoon: 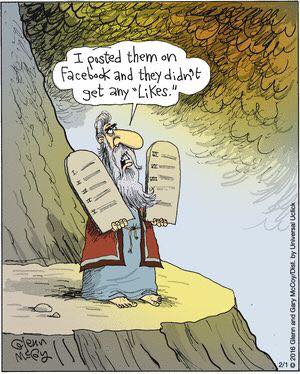 If you’re a poetry fan, then here’s a poem called Mercy. Here’s a take on the commandment about idolatry. Here’s a sermon by April Fiet out of Jude (not a terribly common Scripture reference) which I promise is relevant when we’re talking about mercy, and a story called Tara Needs Telling (language warning, but I think it’s worthwhile).

If you’re more into music, then check out this gorgeous piece by Carrie Newcomer:

And since we’re talking about forgiveness, here’s a cartoon for you courtesy of Hannah Lutz: 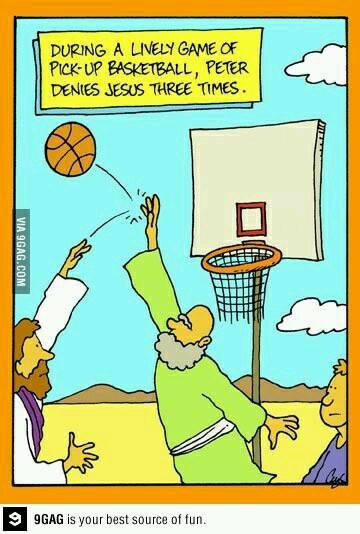 To wrap all of this up with a Quaker bow, here is C. Wess Daniels circa 2010. He’s now the director of Friends Center and Quaker Studies at Guilford College. At the time of writing, though, he was pastoring at Camas Friends Church in Washington, near Portland OR. The church wanted to have unprogrammed worship once per quarter. Here, Daniels provides a map for what that experience might be like.

Live in mercy. Live in grace. Live in forgiveness. See you Sunday!